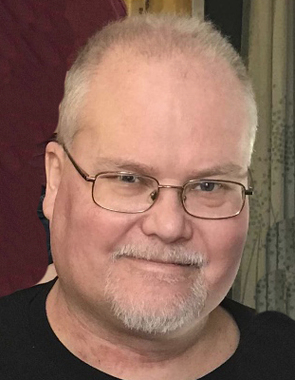 Back to Alan's story

Alan E. Leister II, 48, of Hyndman, Pa., passed away peacefully Thursday, Jan. 9, 2020, at UPMC Altoona Hospital, surrounded by his family.
Having managed a rare case of MS/Devic's Syndrome for 21 ½ years, he surpassed a life expectancy of seven years. He fought this disease diligently and courageously. He won the battle.
Born Feb. 6, 1971, in Cumberland, he was a son of Alan "Gene" and Janice "Pinky" (Barrett) Leister. Alan and Gene were best friends.
Alan was preceded in death by paternal grandparents, Elwood "Bill" and Audrey Leister; maternal grandparents, Nevin and Jeanett Barrett; mother and father-in-law, Karen (Dyer) and James "Doug" Flinn; a daughter, Hope C. Leister; and nephew, Tyler S. Leister.
Alan was a 1989 graduate of Hyndman High School. Shortly after graduation, Alan attended the carpentry apprenticeship program earning his certification as a journeyman. This was his dream job. He and his dad worked many jobs together and have always made the ultimate team. In June 1998, Alan became disabled. After 10 years of learning to manage and cope with his disease, he re-entered the workforce at Sears in LaVale. Alan could talk with anyone and knew no stranger. In November 2017, fearing for the longevity of Sears, Alan started to work at Lowe's. He worked there for 11 months until he was diagnosed with sepsis.

Alan was a faithful member of the Ridgeley Church of Christ. He was a mighty Christian Soldier and had a deep relationship with Christ.
Besides his parents, Alan is survived by his wife of 31 years, Christina M. (Keith) Leister, whom he married Dec. 17, 1988; daughter, Dr. Alyssa G. Bartlett and husband, Travis, of Hedgesville, W.Va.; brother, Shawn Leister and wife, Shelly, of Hyndman; niece, Shania Emerick and husband, Tyler, of Hyndman; Abragale Keith, of Cumberland; Will and Baylee Keith, of Illinois; great-niece, Charlie Emerick; and grandchildren whom he adored, Sawyer and Rhys Alan Bartlett (he felt no greater joy than to be the Poppy of these two); and his two faithful pups, Bella and Mr. Roo.
Friends will be received at Harvey H. Zeigler Funeral Home Inc., 169 Clarence St., Hyndman, on Friday Jan. 17, 2020, from 2 to 4 and 7 to 9 p.m.
Funeral services will be conducted at the funeral home on Saturday, Jan. 18, 2020, at 2 p.m. with Evangelist Charles Kerns officiating. A dinner celebrating his life will be held immediately following the service at Hyndman Volunteer Fire Hall.
Burial will be private at Mount Lebanon Cemetery, Glencoe, Pa.
In lieu of flowers, donations may be made to Hyndman Rescue Squad, P.O. Box 465, Hyndman, PA 15545.
Condolences may be sent to the family at www.zeiglerfuneralhome.com.
Published on January 12, 2020
To send flowers to the family of Alan Eugene Leister II, please visit Tribute Store.

Send flowers
in memory of Alan

A place to share condolences and memories.
The guestbook expires on April 11, 2020.

Verna Thompson
I will always remember Alan and how kind he was always. Never saw him without a smile on his face. I will always remember the great memories of hanging with Alan and you Chris. Fun times. Prayers for you and your family.
Terry & Debbie Elliott
So sorry to hear about Alan's passing. Please know you & the family are in our prayers.
Christopher, Stephanie, & Magnolia Richards

Kenny and Cindy Ashley
We are so sorry for the loss of Alan, he was a great inspiration! His faith in the Almighty God, was obvious to anyone who knew him! He was always thinking of others even in his low times of his own sufferings! I Praise The Lord, that we knew Alan! Our Thoughts and Prayers to you all! God Bless!🙏🙏🙏
Michelle
Chris so sorry for your loss. Alan will sadly missed
Carol Decker
RIP Alan you will be missed... I met Alan when I started working at sears in lavale I will miss him picking on me I didn’t mind... rest easy my friend!!!❤️My condolences to the family and my prayers are with you...
Amy, John & Jake (Leydig) Baker
Prayers to family n friends.. He will be missed. RIP
Patty Testa

Dearest Chris and family my heart is breaking for you. May you find comfort and piece knowing he is with God and may the Lord wrap you in his Loving arms and give you strength.

gary miller
so sorry for your lose
Tammie Norville
I'll miss having my friend to debate religion with.
Chantay Summers
I remember you two as young sweethearts, a wedding and reception with a ball & chain 😉 he so proudly wore. He was always a good sport. You made it, you lived, loved through good and bad. He was truly a fighter. May you take comfort knowing he is at peace and loved you all dearly.
My sincere sympathy and prayers to you & the family. Love & Hugs.
View all