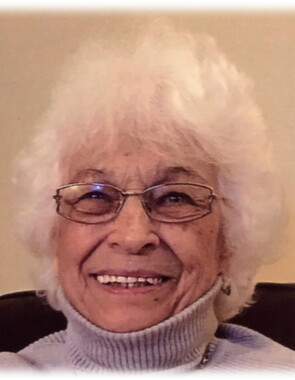 Arvella Rae McKenzie, 89, of Westernport, passed away on Dec. 4, 2019, at Western Maryland Regional Medical Center.
Born May 14, 1930, she was the daughter of the late Conrad and Clara (Plummer) Fletcher. She was also preceded in death by her husband, Paul "Champ" McKenzie; and her siblings, Lucille Haines, Leon Fletcher, Paul Fletcher and Clara M. Fletcher.
Arvella was a loyal member of the St. James Episcopal Church, Westernport. She was also a member of the American Legion Ladies Auxiliary.
Arvella is survived by her sons, Steven McKenzie, of LaVale, and Richard McKenzie, of Bloomington. She is also survived by her brother, Conrad Fletcher and wife, Sandra, of Lonaconing; her grandchildren, Ashley McKenzie and husband, Gustavo Loria, Madison Summerfield and husband, David, Olivia McKenzie, Liam McKenzie; her great-grandson, Leo Loria McKenzie; and numerous nieces and nephews.
Family and friends will be received on Monday, Dec. 9, 2019, from 11 a.m. to 1 p.m. at Boal Funeral Home, Westernport.
A service will follow the visitation at 1 p.m. with Garrett Carskadon officiating.
Interment will be at Rest Lawn Memorial Gardens, LaVale.
Words of comfort may be expressed to the family at boalfh.com.
Published on December 5, 2019
To plant a tree in memory of Arvella Mckenzie, please visit Tribute Store.

Plant a tree in memory
of Arvella

A place to share condolences and memories.
The guestbook expires on March 04, 2020.

Sue Ann Dye
Rick and Steve, My thoughts and prayers are with you in this time of sorrow. Your mother had to be a special woman to raise two such good
boys (men now). I enjoyed having both of you in my English classes.
GOD BLESS

Blooming Garden Basket was purchased for the family of Arvella Mckenzie by Mary and Steve Nazemi.  Send flowers