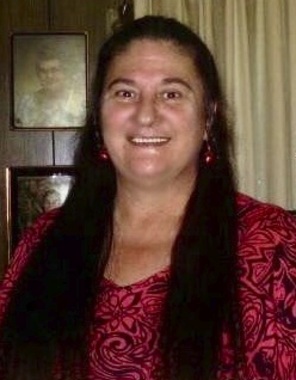 Back to B.'s story

B. "Roxann" Morton, 68, of Corriganville, passed away Sunday, Jan. 12, 2020, at Western Maryland Regional Medical Center.
Born Nov. 14, 1951, in Cumberland, she was the daughter of the late William Joseph and Evelyn Lee (Linaburg) Scarpelli. In addition to her parents, she was preceded in death by sister, Bonnie Sue Shipley, and former husband, Roger Dell Morton.
Roxann was a 1969 graduate of Allegany High School. She moved to Alabama in the 1990s and only recently returned to Allegany County, approximately eight years ago. Soon after her return, she worked as a waitress and cook at Kline's Restaurant. She enjoyed playing pool and, most recently, belonged to the Cresaptown Eagles' team.
Roxann is survived by son, William L. Scarpelli and wife, Katrina A., Cumberland; daughter, Dellena M. Morton, Cumberland, formerly of Alabama; grandchildren, Alysha Marie Scarpelli, Jacob Andrew Scarpelli and wife, McKayla, and Avalyn Nevaeh Kasecamp; great-grandchildren, Bradford, Bentley, and Briton Whetstone, and Parker Ray Scarpelli; sister, Levina Dowdy and husband, Jeffrey, Frostburg; nieces, Kandie Scarpelli, Frostburg, and Brenda Sue Frazier and husband, David, Westminster; great-niece, Morgan Dombroski, Westminster.
In accordance with her wishes, Roxann's body will be cremated.
Scarpelli Funeral Home, P.A. is assisting with funeral arrangements.
Memorial services will be conducted at First Church of the Nazarene, Oldtown Road, Cumberland, on Saturday, Jan. 25, 2020, at 2 p.m. with Pastor Gary Barkley officiating.
The family has requested that, in lieu of flowers, memorial contributions be made to American Cancer Society, P.O. Box 22478, Oklahoma City, OK 73123; or online at https://donate3.cancer.org/.
Condolences for the family may be left at www.ScarpelliFH.com.
Published on January 18, 2020
To plant a tree in memory of B. Morton, please visit Tribute Store.

Plant a tree in memory
of B.

Patti Meister (Hunsecker)
Levina, very sorry for the passing of your sister. May your faith, family and friends carry you through your difficult times.
View all