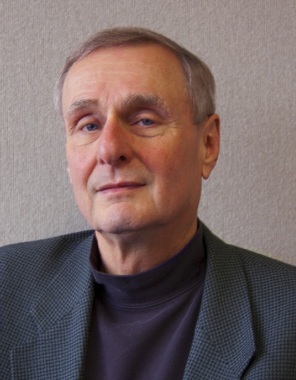 Back to Charles's story

EAST FALMOUTH, Mass. - Charles E. Kolb Jr., of East Falmouth and Bedford, known as "Chuck" to friends, family, and colleagues, died peacefully on Sunday, Jan. 5, 2020, after a short illness.
Chuck was born May 21, 1945, in Cumberland, to Doris McFarland Kolb and Charles E. Kolb Sr.
Growing up in the Allegheny Mountains, he developed a love of the outdoors canoeing and camping with the Boy Scouts, running cross country, playing tennis, and working summers on his grandparents' farm on Martin's Mountain.
He graduated from Allegany High School, in 1963, and attended MIT. He was awarded his S.B. in chemistry, in 1967, and an M.A. and Ph.D. in physical chemistry from Princeton University.
He married his high school sweetheart, Susan Foote, on Aug. 21, 1965. By 1971, he had two children, a newly-minted Ph.D., and a job at Aerodyne Research, Inc. as senior research scientist. In 1973, he and Sue settled in Sudbury to raise their family.
Chuck became president and CEO of Aerodyne in 1985. Over the next 35 years, he led it to become a prominent research institution, working in conjunction with public agencies, private industry, and academia. He was a hands-on leader and a practicing scientist with extensive expertise in atmospheric and environmental chemistry, combustion chemistry, chemical lasers, materials chemistry, and the chemical physics of rocket and aircraft exhaust plumes.
Chuck saw science as a universal language and a diplomatic tool. He worked with an international team of scientists to study air pollution issues in Mexico City, and was a director of the Malta Conferences Foundation, which brings together scientists to help solve scientific and technical challenges in the Middle East.
He received numerous industry awards and academic recognitions, was a member of the National Academy of Engineering, and a fellow of the American Physical Society, the American Geophysical Union, the American Association for the Advancement of Science, and the Optical Society of America. He has more than 250 peer-reviewed publications to his name.
Chuck loved his work, spending time with his family, running, tennis, weekends on Cape Cod, old school Jazz, and lightly seared tuna steaks. He was a natural and enthusiastic teacher, able to break down complex topics for a lay audience. His keen intellect, thoughtful leadership, steadfast friendship, and fundamental kindness will be missed.
He was predeceased by his wife in 2009.
He is survived by his son, Craig Kolb (Corey Keller), of Oakland, Calif.; his daughter, Amy Kolb Noyes (Dan Noyes), of Wolcott, Vt.; sister, Dr. Susan Kolb, of Dunwoody, Ga.; and grandchildren, Adriana Noyes, Ian Noyes, Zoe Kolb, and Theo Kolb.
A memorial celebration of Chuck's life will be held on Saturday, Feb. 15, in Burlington.
Full memorial details and information about the Charles E. Kolb Memorial Lectureship can be found by visiting www.charleskolb.org.
Published on January 25, 2020
To plant a tree in memory of Charles E. Kolb, Jr., please visit Tribute Store.

Plant a tree in memory
of Charles

A place to share condolences and memories.
The guestbook expires on April 24, 2020.

Ann McClellan
I remember Charlie from high school. Also his wife Sue. He was one of the brightest most intelligent persons in our school. But he was funny and never made any of us not feel comfortable being with him no matter of our own intellect. Of course, like many we lose contact over the years but there are those you will always remember. Thoughts and prayers for his family.
View all