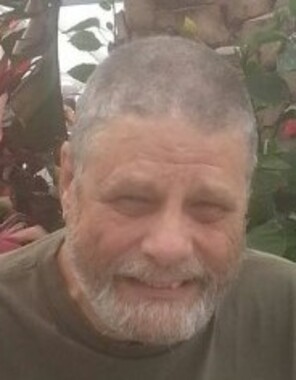 Back to Christopher's story

Christopher Warren Sterne, 70, of Cumberland, died Sunday, Dec. 29, 2019, at Western Maryland Regional Medical Center.
Born Dec. 30, 1948, in Cumberland, he was the son of the late Otis Orland Sterne and Shirley Louise (Tabler) Sterne Clermont.
He was also preceded in death by his sister, Shireen L. Keys; a nephew, Michael Keys; and a cousin, Holly Neef.
Mr. Sterne was a graduate of Fort Hill High School.
He was a Vietnam veteran, having served in the U.S. Army.
Mr. Sterne had been a customer service representative for I.B.M. and Microelectronics. He had also worked for Hitachi.
Mr. Sterne enjoyed hunting and fishing, along with golfing.
Survivors include his beloved wife, Bonnie (Llewellyn) Sterne; son, Kelly Dion Sterne and wife, Misty; grandchildren, Riley and Conley; and an aunt, Terry Whetzel and husband, Ed, and their son Eddie; two sisters-in-law, Lori Llewellyn Lugo and husband, Luis, and Sandy Llewellyn; a brother-in-law, Jack Ricker; several nieces and nephews; and life-long friend, Jim Stewart.
The Upchurch Funeral Home, P.A., Cumberland, has been entrusted with the private arrangements.
Published on January 1, 2020
To plant a tree in memory of Christopher Warren Sterne, please visit Tribute Store.

Plant a tree in memory
of Christopher

A place to share condolences and memories.
The guestbook expires on March 31, 2020.

Vic Sterne
I was sad to hear about Chris’s passing. He was always respected for his service in defending the country. My condolences to all the family. He will be missed.
Eric Wagner
So sorry to hear about the passing of Chris. I was proud of him for his military service. He was one of my cousins and I enjoyed catching up with him in recent years.
Jeff Sterne
So sorry to hear about your loss. Please accept my most sincere condolences. Chris was one of my favorite cousins. I looked up to Chris during my childhood. Especially when we went swimming in creeks and Shawnee Park.
View all