Back to Dr. Frank's story

CUMBERLAND - Dr. Frank A. LaParle passed away peacefully on Feb. 25, 2020.
He came to Cumberland in July of 1970 after graduation from the University of Maryland with a BS degree, an MS degree equivalency in microbiology, and a DDS degree from Georgetown University. He became an associate with Dr. Bill Fridinger who was developing the Dental Hygiene, and later the Dental Assisting programs, with Mary Hydey at ACC.
Dr. LaParle became an instructor of clinical courses for both programs in the mornings, and office in the afternoons including Saturday. Later, he taught dental radiology to dental assistants so they could get a state license in dental x-rays. He became appointed to the Sacred Heart and Memorial Hospitals doing dental surgery on very young children. He worked on the elderly in the nursing homes and in his office. He also worked on county inmates in the county jail.
He became chief of the Department of Dentistry, and chief of the hospital staff bylaws committee, which he retained with the merger of both hospitals. He and his committee rewrote two sets of staff bylaws into one large document, which was rewritten in 2018, for the Western Maryland Health System medical staff.
He became a member of the Allegany-Garrett County Dental Society, becoming treasurer and later president. He became a member of the Maryland State Dental Association, appointed to many committees, becoming vice president and later president. For one year, he was the general arrangement chairman for the Annual Chesapeake Dental Conference. Later, he received the Distinguished Service Award from his colleagues. He was also president of the Board of Trustees for Centre Street United Methodist Church.
He was appointed to the Maryland State Board of Dental Examiners for the next nine years by Governor Glendening, becoming president, (which is the disciplinary board for the protection of the citizens of Maryland). Then, he was appointed to the NERB, now the CDCA, serving 20 years, which is called the Commission on Dental Competency Assessment, this is one of the national licensing boards for dental students and dental hygiene students getting ready to graduate.
He regretfully leaves clinical dentistry after 49 years. His wife of 55 years passed while on vacation in Aruba.
He had two children, Frank R., who passed early, and Amy, husband Brian Sherman, daughters, Olivia and Elena. Frank R. had two daughters, Kaitlyn, and Emily. Kaitlyn has two daughters, Bria and Lacie. Emily, husband Austin Bennett, have a daughter, Myla. He also leaves the greatest buddy any man could ever have, Steve. He leaves an office staff whom he deeply cared for and many patients that he had the privilege of providing dental care.
Friends will be received at the Scarpelli Funeral Home, P.A., 108 Virginia Ave., Cumberland, on Saturday, Feb. 29, 2020, from 10 a.m. to noon.
A funeral service will immediately follow at the funeral home at noon with the Rev. Tom Young officiating.
Interment will be in Restlawn Memorial Gardens.
Pallbearers are Brian Sherman, Austin Bennett, Steve Stallings, Dr. Curtis Friedenberg, Dr. John Davis, and Billy Willburn.
Condolences may be left at www.ScarpelliFH.com.
Published on February 26, 2020
To plant a tree in memory of Dr. Frank A. LaParle, please visit Tribute Store.

Plant a tree in memory
of Dr. Frank

A place to share condolences and memories.
The guestbook expires on May 26, 2020.

Kimberly (Tompkins) Levine
Dr. LaParle was a kind and wonderful man. I enjoyed working as his Dental Assistant for many years. My sincere condolences to the family.
Mr and Mrs Ronald Gibbner
Prayers for the family.
Shirley & Don Lawrence
Dr. laparle was our dentist for over 35 years . He was a great dentist and a true friend...he will be sadly missed by many people . Rest In Peace dr. We love you♥️♥️🙏🙏🙏🙏
View all 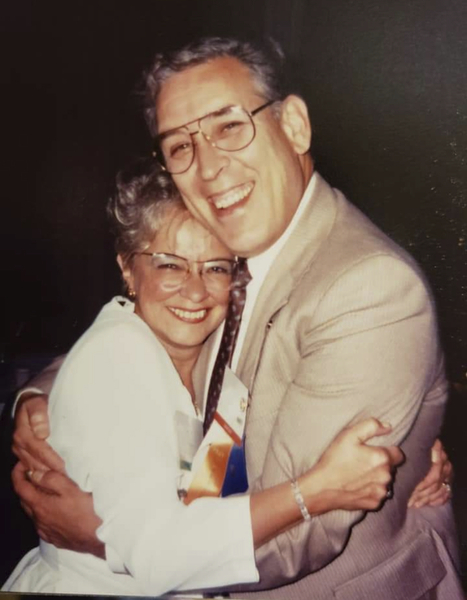