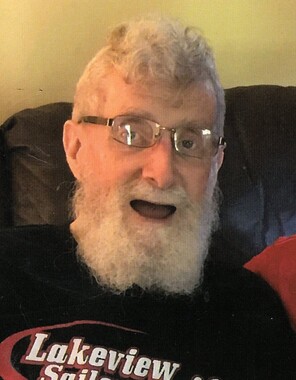 Back to Graydon's story

CUMBERLAND - Graydon Blair Smith I, 84, of Cumberland, passed away Saturday, Jan. 11, 2020, at his home.
Born Sept. 9, 1935, in Cumberland, Mr. Smith was the son of the late Robert Graydon Smith and Alberta (Johnson) Smith. He was also preceded in death by a brother, Glenn Smith.
A graduate of Fort Hill High School, class of 1954, Graydon was a United States Army veteran and retired from PPG Industries.
He is survived by his wife of 57 years, Peggy Smith; his son, Graydon B. Smith II; and a daughter, Lee Ann McFadden. He also leaves behind his grandchildren, Logan and Leah McFadden; his brother, Royce Smith and wife, Cathy; as well as an aunt and several cousins.
Friends will be received at Adams Family Funeral Home, P.A., 404 Decatur Street, Cumberland, (www.AdamsFamilyFuneralHome.com) on Wednesday, Jan. 15, 2020, from noon to 1 p.m.
A funeral service will follow at 1 p.m. with Pastor Tim Turner officiating.
Interment will be in Sunset Memorial Park.
Published on January 13, 2020
To send flowers to the family of Graydon Blair Smith, I, please visit Tribute Store.

Send flowers
in memory of Graydon

Tara Scibelli
I'm so sorry to hear of Graydon I's passing. My sincerest condolences to you all.
Lori Hopwood Heavner
Graydon my friend, Lee Ann and Peggy...I don’t get a paper and had no idea about this. I just want to say how sorry I am for the loss of your brother and husband and please know I am thinking of you all ❤️
Brenda Lashbaugh Ayers

I'm so sorry for your loss, Peggy, LeeAnn, and Graydon II. I just found out about his passing, since I don't live in Cumberland anymore, and I don't get the paper. I know how hard it is to lose your parents. My prayers are with you. I remember your dad and family during all the great times we had together at Kingsley. I pray for God's blessing of peace for your family.

Tracy Bornick
So sorry for your loss LeeAnn
View all