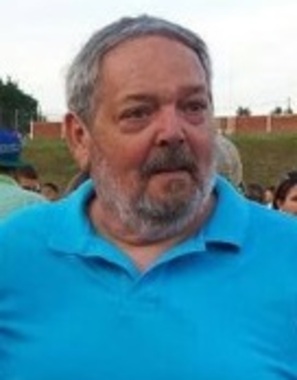 James Russell "Jim" Orndorff, 68, of Romney, W.Va., passed away Saturday, Jan. 18, 2020, at his home.
Born March 24, 1951, in Cumberland, he was the son of the late Coyd W. and Maxine (Henry) Orndorff. In addition to his parents, he was preceded in death by his brother, Kenneth Orndorff.
Jim graduated from Bruce High School in 1969. He served in the U.S. Air Force from 1969 to 1973, during which time he completed a tour in Vietnam. He was medically retired from the Anchor Glass Plant in Keyser, W.Va. In the past, Jim had been a member of the VFW in Westernport.
Jim enjoyed spending time with his grandchildren, especially at his campsite on the South Branch of the Potomac River. Every summer he went there to fish and spend time outdoors.
Surviving are sons, Evan Orndorff and wife, Molly, Short Gap, W.Va., and Dana Orndorff and wife, Jennifer, Ocean City; grandchildren, Hailey Wade and husband, Danny, Columbia, Liam Orndorff, and Easton Orndorff, both of Short Gap; and former wife and good friend, April Orndorff.
The family extends special thanks to Debbie Poore for all of the great care she provided to Jim over the past 11 years.
Scarpelli Funeral Home, P.A. is entrusted with arrangements.
In accordance with his wishes, Jim's body will be cremated. There will be a private family memorial service at a later date.
Condolences may be left at www.ScarpelliFH.com.
Published on January 19, 2020
To plant a tree in memory of James Russell "Jim" Orndorff, please visit Tribute Store.

A place to share condolences and memories.
The guestbook expires on April 18, 2020.

Jane Everline Casteel
I remember the night Jimmy and April met at Teen Town and then double-dating with them for the proms at Bruce and BW. All the get-togethers we had when Jim and I came home to visit, even the ride Jimmy gave me in his Corvette. So many great memories over 25 years! And being my Vine Street neighbor was just icing on the cake. I'm so sorry to hear about his passing. Rest in peace, Jimmy.
Jim and Zvickie Lewis
So very sorry to hear this. I, Vickie, graduated with him and my husband with Kenny. Lots of great memories of him in school.
We pray the Lord surrounds all the family with the Osage that only He can give.
Harriet Dawson Russo
Jim was a wonderful classmate. He will be missed. Our prayers to his family. Rest In Peace, Jim
View all