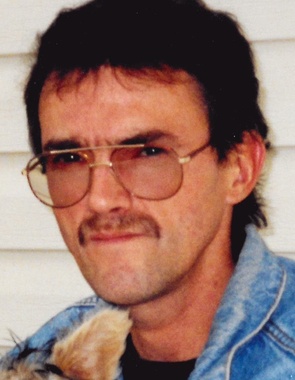 CUMBERLAND - James Joseph "Jim" Robertson, 60, of Cumberland, passed away unexpectedly on Sunday, Jan. 12, 2020.
Born on Aug. 5, 1959, in Frostburg, he was the son of Virginia Wilt and the late Joe Carter. In addition to his father, he was preceded in death by his stepfather, Bernard Wilt; an infant son, Jamie Lee; an infant daughter, Autumn Renee; his grandparents, Bertha "Tootsie" and Frank Bostjancic; father-in-law, Fabian Smitsky Sr.; sister-in-law, Connie Ritchey; uncles, John Bostjancic and Bill Bostjancic; and special cousin, Charlie Dye.
Jim was a 1977 graduate of South Side High School, Hookstown, Pa. He served in the United States Marine Corps from 1977 to 1980. He then married the love of his life, Judy (Smitsky), on Aug. 19, 1983. Jim was an avid NASCAR fan, particularly of Bill and Chase Elliott. Jim also enjoyed spending time hunting and gardening. He was a kind man who enjoyed sharing the fruits of his labor with his friends and neighbors. Along his loving wife, Judy, his true loves were his three fur babies, Chase, Cindi, and Cheyenne. In the past, he had worked for D'Atri's, Hunter Douglas, Wilburt Vault Company, and Master Home Improvement.
Left to cherish his memory, in addition to his mother, are his wife of 36 years, Judy (Smitsky) Robertson; brothers, Truman Wilt (Tammy), and Bernie Wilt, all of Clinton, Pa.; mother-in-law, Marjorie Smitsky, Clinton, Pa.; brother-in-law, Fabian Smitsky Jr.; sister-in-law, Delores Gamble (Tim); nieces and nephews, Eli Gamble and fiancée, Erin, and their children, Ryley and Troy, and Courtney Gamble and fiancé, Morris, and her daughter, Ainsley, T.J. Wilt (Kaitlyn), and their daughter, Audrey, and Megan Wilt; as well as many aunts, uncles, and cousins.
Family and friends will be received at Scarpelli Funeral Home, P.A., 15205 McMullen Hwy., SW, Cresaptown, on Wednesday, Jan. 15, 2020, from noon to 2 p.m.
Funeral services will be conducted at the funeral home immediately following visitation at 2 p.m. with Pastor Michael Mudge officiating.
Interment will be in Restlawn Memorial Gardens. Military honors will be accorded by members of the Fort Cumberland Post 13 Honor Guard.
Condolences for the family may be left at www.ScarpelliFH.com.
Published on January 13, 2020
To send flowers to the family of James Joseph Robertson, please visit Tribute Store.

Send flowers
in memory of James

Lenny & Leah Stonestreet
Judy, You are in our prayers. Sorry for your loss.
Patricia Carter
So sorry for the loss of my cousin. Condolences to Jimmy's family and friends.
Linda Chapman " Chappy"

I am deeply sorry for the loss of your husband and best friend.. keep in your heart all the special memories you hold dear, think about the times you laugh together that will help you heal..I love you my friend and this is another page you turn in your life, and you try to go on. You have the love of all us friends, we are here for you. Love you Judy, Always, Chappy.