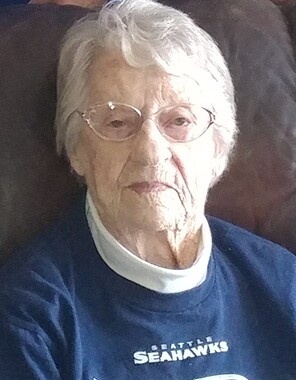 Back to Jessie's story

Jessie LaVerne (Hamilton) Lingnaw, of Twin Falls, Idaho, passed away on Friday, March 13, 2020, after 99 years of a rich and fulfilling life.
Jessie was born in Langford, S.D., on Dec. 29, 1920, and moved to Twin Falls in her teens. There she met and married Linard Lingnaw. Of that union two sons were born, Richard Hamilton (deceased) (Nedra) and James Lewis (Patti) of Lake Tapps, Wash.
Jessie is well known in the community for her sewing, her love of gardening, helping special needs children to swim at the YMCA. She was a very good bridge player and knitted over 300 caps for newborns at Magic Valley Memorial Hospital.
Jessie was preceded in death by her husband of 52 years, a son, and three sisters.
Jessie has five grandchildren, nine great-grandchildren, and two great-great-grandsons.
We would like to thank all the people that where so kind to help our mom stay in her home by herself for 28 years.
At Jessie's request no services will be held.
Published on March 22, 2020
To plant a tree in memory of Jessie LaVerne Lingnaw, please visit Tribute Store.

Plant a tree in memory
of Jessie

A place to share condolences and memories.
The guestbook expires on June 20, 2020.

A memorial tree was planted in memory of Jessie LaVerne Lingnaw.  Plant a tree

Heather Morris
From the moment I walked in Jesses home she was a delight. Two of her great grandchildren are my niece and nephew. We were at the house for a sleepover on our way to Yellowstone. She remembered the kids with detail and hadn't seen them in years. She was so uplifting and sweet it made it difficult to leave the next day. She offered us anything and everything. I am truly grateful and appreciative of the chance to meet someone such as her. I noticed a green book catalog in her home and she told me how she managed a green stamp store for years. She is missed dearly and I wish there had been more time for my sister and her children to get to bond with her. But in the short visits there w...ere she left a true impact on all of us. And for that I will never ever forget. Jesse LaVerne Lingnaw may you rest in love.Read more
Carol Bearup
I was friends with Jessie for 6 years. She stopped me one day as I was walking Cookie (my first Shih-tzu) and asked if I could take her garbage can & put it up by her garage. She then asked me if I could come in for a visit. I did and our friendship started. I was a caretaker for my hubby who passed last year, but would see Jessie once a month. I met her son & his wife from the Seattle area and also a niece who helped out. I had her granddaughter, Stacy, as a student. I LOVED visiting with her. She was so sharp, so positive and loved my second Shih-tzu, Teddie (more outgoing than Cookie). She would always call Teddie up on her lap. I was amazed that she played bridge for so long until one of... their foursome was gone. I would try to bring her something when I would come & she was like a kid in a candy store. I was so sad today when I tried to call her number and it said the number was not in service. I tried twice as I was going to leave her some magazines inside her storm door and a treat. The last time I had seen her was to deliver a Valentine and a treat. She was always so happy to hear from me. She was so very special and will be so missed and I am so sad. Blessings, Care Bear (nickname)Read more
View all 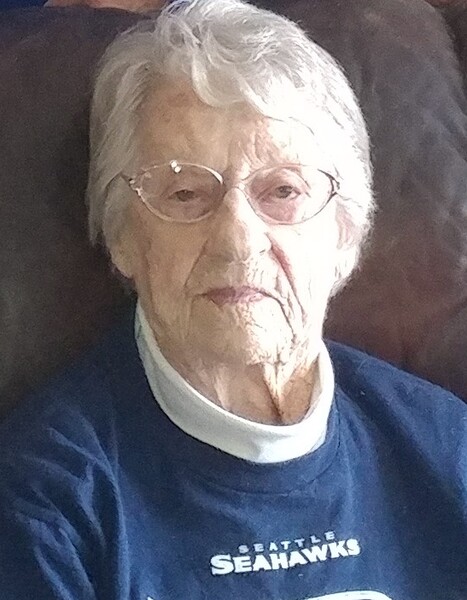