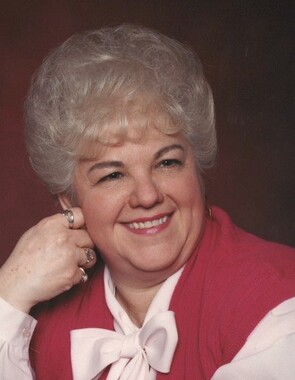 Back to JoAnn's story

JoAnn Fisher, 81, of Cumberland, passed away Saturday, July 20, 2019, at her residence.
Born on Oct. 22, 1937, in Morgantown, W.Va., she was the daughter of the late Harry L. and Freda F. (Kisner) Swihart. Besides her parents, she was preceded in death by her husband, Donald Lee Fisher; two brothers, Harry L. Swihart Jr. and James H. Swihart; and a sister, Harriet L. Flanagan.
JoAnn was retired from the business office of Sacred Heart Hospital and the Western Maryland Health System. She was a 1955 graduate of Cumberland Township High School, Carmichael, Pa., a member of Emmanuel United Methodist Church, McKinley Chapter 12 Order of the Eastern Star, a former Worthy Matron of the Chapter and was serving as chapter treasurer. She also was a member of the Ladies Auxiliary of the Cresaptown Eagles.
Surviving are two stepsons, Terry L. Fisher and Donald R. "Rick" Fisher, both of Winchester, Va.; one step-granddaughter, Jessica L. Fisher and fiancé, Paul McNamara; one step-grandson, Donald R. Fisher Jr.; a sister, Norma L. Gorman, Moyer Springs, Idaho; and one brother, Willis Swihart and wife, Cathy, Connellsville, Pa. She is also survived by 12 nieces and nephews, four great-nieces, and four great-nephews.
Friends will be received at Scarpelli Funeral Home, P.A., 108 Virginia Ave., Cumberland, on Wednesday, July 24, 2019, from 3 to 5 and 7 to 9 p.m. McKinley Chapter of the Order of the Eastern Star will hold a memorial service at the funeral home on Wednesday at 7:30 p.m.
Funeral services will be conducted at the funeral home on Thursday, July 25, 2019, at 11 a.m.
Pallbearers will be Donnie Fisher, Rick Fisher, Will Swihart, Paul McNamara, Ronnie Middleton, David Hall and Dale Aldridge.
Interment will be in Sunset Memorial Park.
In lieu of flowers, memorial contributions may be made to Emmanuel United Methodist Church, 24 Humbird Street, Cumberland, MD 21502 or The American Cancer Society, P.O. Box 22478, Oklahoma City, OK 73123.
Condolences may be left at www.ScarpelliFH.com.
Published on July 21, 2019
To plant a tree in memory of JoAnn Fisher, please visit Tribute Store.

Plant a tree in memory
of JoAnn

A place to share condolences and memories.
The guestbook expires on October 19, 2019.