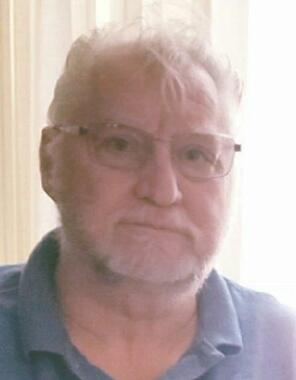 Back to Johnny's story

FLINTSTONE - Johnny Ernest Jackson, 72, of Flintstone, passed away Wednesday, Jan. 22, 2020, at the Western Maryland Regional Medical Center.
Born Aug. 4, 1947, in Cumberland, Mr. Jackson was the son of the late Harry Jackson and Edith (Teeter) Jackson. He was also preceded in death by a brother, Charlie Jackson.
A graduate of Flintstone High School, Class of 1967, Johnny retired from the Allegany County Roads Department. He was a member of the former Cumberland Eagles and enjoyed working on old cars with his brothers. Johnny attended the Oakdale Church and was an avid hunter.
Johnny is survived by his wife of 46 years, Constance "Connie" (Helmstetter) Jackson; his brothers, Harry Jackson and wife, Sandy, Jimmy Jackson, and Don Jackson; his sisters, Martha Hershberger and husband, John, Betty Scrivo and husband, Jim, Leeanna Yost and husband, Bobby, and Bonnie Dixon; his uncle, Burley Teeter and wife, Clair; as well as numerous nieces and nephews.
Friends will be received at the Adams Family Funeral Home, P.A., 404 Decatur St., Cumberland, (www.AdamsFamilyFuneralHome.com) on Saturday, Jan. 25, 2020, from 12 to 2 p.m.
A funeral service will follow at 2 p.m. with Pastor Patricia Bittner officiating.
Interment will be in Glendale Cemetery at a later date.
In lieu of flowers, memorial contributions may be made to the Kidney Foundation, Heaver Plaza, 1301 York Road, Suite 404, Lutherville, MD 21093; or, the American Diabetes Association Research Foundation, Attn: Individual Giving Department, 1701 North Beauregard Street, Alexandria, VA 22311.
Published on January 23, 2020
To send flowers to the family of Johnny Ernest Jackson, please visit Tribute Store.

Send flowers
in memory of Johnny

A place to share condolences and memories.
The guestbook expires on April 22, 2020.

I remember my Aunt Connie and Uncle Johnny were like a fairytale couple, they were always smiling and sitting on Grandma and Paps porch swing 😊
Uncle Johnny always took the time to talk with me and made me feel special! I always loved his high school picture with his black rimmed glasses! It always made me proud to be a graduate of Flintstone- following in my family's footsteps! Uncle Johnny's smile was sincere and dear, We love you both very much!
Love,
Neice Sherry and great neices and nephews - Camren, Carlen Cara,
Kassie, Maddie

Ted & Wanda Singleton
Connie and family we are so sorry to hear of Johnny's passing. He was such a nice person and he always had a smile and so does Connie.
View all