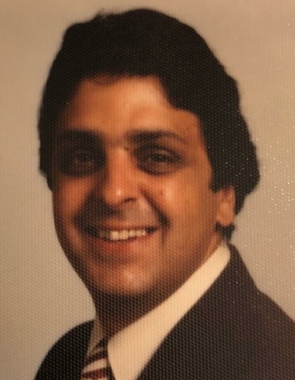 Back to Joseph's story

FRIENDSVILLE - Joseph Eugene Anthony Sessa passed away Friday, Dec. 6, 2019, in Jacksonville, Fla.
Joe, the son of the late Eugene and Irene Sessa, was born on Jan. 15, 1943, in Chicago, Ill. He was also preceded in death by his sister, Jean Marie (Sessa) Albano.
Upon graduation from high school, he attended a barber school in Chicago. Shortly after, he enlisted in the U.S. Navy where he became an aircraft electrician. He served four years in the Navy before returning to Chicago to pursue his career as a barber. While in the Navy, he met his future wife of over 50 years. He married Mary Ellen (Umbel) Sessa on Sept. 2, 1967 in Friendsville.
Joe and Mary Ellen started businesses in Friendsville and later purchased the property that is now Sunset Inn and built their dream together. Along with running the motel and being a barber, Joe served on the Friendsville Town Council as president, was a member of the Deep Creek Lake Lions Club, and was a notary. Joe is responsible for obtaining the property downtown to build the park for the community. In recent years, Joe had been instrumental in planning and raising money for the Veteran's Memorial in Friendsville.
Along with his wife, Joe leaves behind two children, Shawn Sessa and Andi, of Oakland, and Angela Sessa, of Jacksonville; two siblings, Diane (Sessa) Golab and Guy Sessa; and four grandchildren, Addilyne, Alyvia, William, and Adrian Sessa; two aunts, and many nieces and nephews.
Friends will be received at the Newman Funeral Homes, P.A., 943 Second Ave., Friendsville, on Friday from 5-8 p.m.
Funeral services will be conducted in the Friendsville United Methodist Church, Saturday, Dec. 14, 2019, at 2 p.m. with the Rev. Peter Suwak officiating. Friends may call at the church one hour prior to the services.
Interment will be in the Blooming Rose Cemetery. Military graveside rites will be accorded by Grantsville Post 214, American Legion.
In lieu of flowers, donations can be made to the Friendsville Veterans Memorial, c/o Burton Lytle, P.O. Box 245, Friendsville, MD 21531. If you would like to get more involved with the Veterans Memorial, please contact Jerry Fike in Friendsville.
Condolences may be sent to the family at www.newmanfuneralhomes.com.
Published on December 9, 2019
To plant a tree in memory of Joseph Eugene Anthony Sessa, please visit Tribute Store.

Plant a tree in memory
of Joseph

A place to share condolences and memories.
The guestbook expires on March 08, 2020.