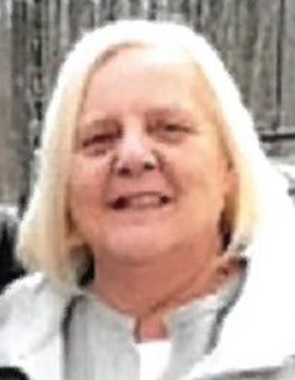 Back to Kay's story

CUMBERLAND - Kay L. Foreman, 64, of Cumberland, passed away on Saturday, Feb. 8, 2020, at the UPMC Western Maryland Hospital.
Born in Cumberland, on July 31, 1955, she was the daughter of the late Luther and Ruth (Brown) Grogg. In addition to her parents, she was preceded in death by her sisters, Susie George and Pam Butler; and her father and mother-in-law, Willis and Clara (Kennedy) Foreman.
Kay was a graduate of Fort Hill High School class of 1973. After high school, Kay was employed at First National Bank and Trust Company for 22 years. She then became the office manager of Twigg Plumbing and Heating.
Kay was actively involved with the Fort Hill High School football program. She assisted with fund raising and became active with the cheerleading squad at Fort Hill.
She is survived by husband of 34 years, Gregory E. Foreman Sr.; children, Terri Andrews and husband, Bryan, Gregory E. Foreman Jr., Marty N. Watts II and wife, Joi, and Bandy Haslam and husband, Earl; grandchildren, Miranda Snider and husband, Zack, Kayla Watts, Kaden Watts, Jadon Hoover, Gavin Haslam, Mikayla Watts, Ally Foreman, Khloe Watts, Graycee Haslam, and Myleigh Anderson; great-granddaughter, Eliya Watts; brothers, Roger Grogg and wife, Michelle, and Dale Grogg and wife, Vicki; sister-in-law, Mary Ellen Bush; brothers-in-law, Jeff Foreman and wife, Cindy, and Robin Foreman and wife, Robin, Bud George, and Ken Butler; lifelong friend, Karen Bolinger and husband, Nick; employer and friend, Joe Twigg; mother-in-law, Laura Watts. Kay is also survived by many nieces, nephews, and cousins.
Friends will be received at the Scarpelli Funeral Home, P.A., 108 Virginia Ave., Cumberland, on Thursday, Feb. 13, 2020, from 4-8 p.m.
Funeral services will be conducted at the funeral home on Friday, Feb. 14, 2020, at 11 a.m. with Rev. Steve Leydig officiating.
Interment will be in Hillcrest Memorial Park.
In lieu of flowers, those wishing to honor Kay's memory may do so by making contributions toward her funeral expenses. Contributions can be sent to the Scarpelli Funeral Home, P.A., 108 Virginia Avenue, Cumberland, MD 21502.
Condolences may be left at www.ScarpelliFH.com.
Published on February 11, 2020
To send flowers to the family of Kay L. Foreman, please visit Tribute Store.

Send flowers
in memory of Kay

A place to share condolences and memories.
The guestbook expires on May 11, 2020.

John Gates
I am sorry to hear about Kay's passing. I have fond memories of her when we attended high school. She had a great sense of humor always making others laugh. My condolences and prayers to the family.
NANCY MELLOTT WISENBURG
SHE WAS A WONDERFUL PERSON. MY PRAYERS ARE WITH YOU ALL.
View all