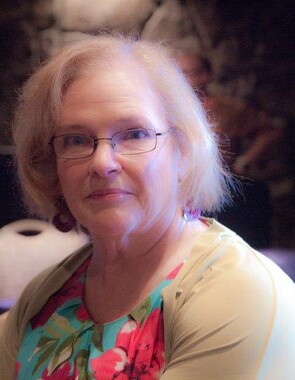 Back to Mary Ann's story

CUMBERLAND - Mary Ann Guthrie Gerwig Chapman, 70, passed away on Jan. 12, 2020, from pancreatic cancer.
Mary Ann was born in Baltimore, in 1949, to John R. Gerwig Jr. and Jean Knipp Gerwig. She attended St. Paul's School for Girls in Baltimore before progressing to Hollins College in Roanoke, Va., where she received both her undergraduate and Master's degrees.
In her 70 years on this earth, Mary Ann lived many lives. She was an artist and banker before becoming an educator. In her lengthy teaching career, she taught every grade from kindergarten to graduate coursework. She taught in the English Department at Frostburg State University for 25 years, teaching courses on Mythology and Dante (her favorites), and a wide array of others. Full of wit and wisdom for all who met her, she was a font of knowledge, an educator to her core, and an excellent addition to any trivia team.
Mary Ann was a woman of exceptional generosity and dedication, who worked relentlessly for the people and institutions she care for. At Emmanuel Parish, where her husband, Edward "Bo" Chapman, was rector for many years, Mary Ann spearheaded countless projects, wrote dozens of Christmas and summer Bible School pageants, cooked hundreds of meals, and sang thousands of songs in the choir. In the broader Episcopal Church, she served on numerous committees and boards, and as a representative on both diocesan and national levels, giving wholly of herself to the congregation and the church that she loved.
Mary Ann was a mother to many and a mentor to more. In addition to her daughter, Jean, she "raised" many of Jean's friends, and shepherded family, friends, and students. She was an amazing chef. Her home and her heart were always open to all, and odds were, she'd have a glass of wine ready for you, too.
Mary Ann was creative and gifted in many ways. She was relentlessly funny and sharp-witted. She handled immense pain and sadness throughout her life (and in her last days) with strength, poise, and grace.
Mary Ann left the world assured of her reunion with her husband, Bo, who was her rock and her world, although he preceded her in death. She is also preceded in death by her parents and her brother, John R. Gerwig III.
She leaves behind her daughter, Jean Chapman and son-in-law, Dane Sammis; her cousins, Sue and Mike Berry, Lynn Huntley and Corrie Royer, George and Judy Huntley, Carol and Mark Lewis, and their families; her Chapman family, The Rev. George and Margaret Chapman, Beth Chapman, Amy Chapman and John Drake, George and Stacey Chapman, and their children; and, extended family, honorary family, and honored friends.
Friends will be received at the Upchurch Funeral Home, P.A., 202 Greene St., Cumberland, on Saturday from 6-8 p.m.
A memorial service will be held on Sunday, January 19th at 4 p.m. in Emmanuel Episcopal Church, 16 Washington St., Cumberland.
In lieu of flowers, the family requests donations to The Claggett Center, P.O. Box 40, Buckeystown, MD 21717 or at www.claggettcenter.org or to The Chapman Fund, c/o Emmanuel Episcopal Church, 16 Washington Street, Cumberland, MD 21502.
Published on January 15, 2020
To plant a tree in memory of Mary Ann Guthrie Gerwig Chapman, please visit Tribute Store.

Plant a tree in memory
of Mary Ann