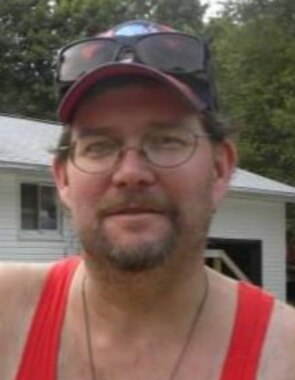 Back to MIchael's story

GRANTSVILLE - Michael Cullen Wilson, 51, of Grantsville, went to be with the Lord and his family in heaven, on Tuesday, Feb. 11, 2020, at UPMC Western Maryland, Cumberland.
Born Jan. 11, 1969, in Cumberland, he was the son of James and Vicky (Linn) Wilson, Beans Cove, Pa. He was preceded in death by his mother, Cynthia (Gunter) Wilson; one daughter, Ashley Nicole Merrbach and one son, Kurklane Cullen Wilson.
Mr. Wilson was employed at Lowes.
Along with his parents, he is also survived by his wife, Shirley Rosemarie "Rosie" (Merrbach) Wilson; one son, Aaron Michael Wilson, at home; six brothers, Christopher Wilson, Kenneth Wilson, James (Diane) Wilson and Bill White, all of Cumberland, Richard (Anna) Wilson, Hagerstown, Scott (Annie) White, Beans Cove; one sister, Jessie Goebel, Mount Savage; five nieces, two nephews and several aunts and uncles.
At Michael's request, he will be cremated and a celebration of life will be held at a later date.
Newman Funeral Homes, P.A. 179 Miller St., Grantsville, is in charge of cremation arrangements.
Expressions of sympathy may be directed to the WVU Heart and Vascular Institute, 1 Medical Center Dr., Box 8003, Morgantown, WV 26506, 1-877-WVU-4HRT.
Condolences may be sent to the family at www.newmanfuneralhomes.com.
Published on February 13, 2020
To send flowers to the family of MIchael Cullen Wilson, please visit Tribute Store.

Send flowers
in memory of MIchael

Sheila boner
Enjoyed talking to him.
Mike Barnhart
My thoughts and prayers to the family.
View all