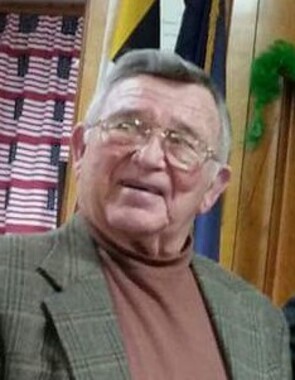 Back to Nile's story

SHORT GAP, W.Va. - Nile E. "Bob" Chaney, 88, of Short Gap, passed away on Sunday, Feb. 23, 2020, at his home.
Born Nov. 21, 1931, in Patterson Creek. Bob was the son of the late Violet (Hershberger) Pyle and husband, Glenn Pyle and the late Edward Eugene Chaney.
Upon graduation from Ridgeley High School in 1950, Bob worked for the B&O Rail Road until entering the United States Army in 1952, where he joined the 101st Airborne and then transferred to the 28th Infantry, which was stationed in Heilbronn, Germany. He was awarded the Occupational Medal, Good Conduct Medal and the National Defense Service Medal. Upon his honorable discharge from the Army in 1955 he had achieved the rank of Corporal. Bob attended Potomac State College and was a Graduate of Shephard College, where he was a member of the Shephard College Ram's football team. After college, he became the owner of the Gulf Gas Station on Virginia Avenue, and started his teaching career at Fort Ashby High School. He continued his teaching career at Beall High School as a business teacher, Assistant Football Coach and Head Wrestling Coach. He retired from his teaching career at Fort Hill High School. While teaching, Bob and his wife started their insurance business in the basement of their home in Wiley Ford. They were the founders and owners of Chaney Insurance Agency until his retirement.
Bob is survived by his wife of 58 years, Mary Kay (Pollock) Chaney; three children, Jeffrey Scott Chaney, LaCinda K. (Chaney) Rudy and husband, John, Gregory Steven Chaney and wife, Lisa (Spiroff) Chaney; eight granddaughters, Kayla Chaney, Kira Chaney, Samantha (Rudy) Deamer and husband, David, Tabitha Rudy, Alyssa Rudy, Morgan Chaney, Joyceln Chaney, and Jordan Chaney; one great-grandson, Bryce Weakly; two sisters, Eileen (Chaney) Hitchins and husband, Harry, Sue (Chaney) Phillips and husband, Kenneth; one half-sister, Lois (Chaney) Miller; one sister-in-law, Patricia (Pollock) Counihan; two brothers-in-law, Edward Davis and Robert Pollock and wife, Vonnie (Layman) Pollock; and numerous nieces and nephews.
Bob had a love for animals. He had numerous horses in his lifetime, one of which he barrel raced during his younger years. He never met a dog or cat that didn't like him. He played bluegrass and country music for various groups, and had many campfire sing-alongs in his lifetime. His was an avid outdoorsman, fishing, hunting and camping with his family and friends were some of his favorite activities. By far, one of his favorite things was spending time with his DECH friends, the late Jean and Bernard Douthitt, the late Leo Everett and Dottie Everett, and Jim and Linda Hoey at their lake DECH Retreat, vacations, parties and various other family activities for 35 plus years.
In addition, Bob was a founding member of the Living Word Lutheran Church. He was a member of the Ridgeley VFW Post 6452, the American Legion Fort Cumberland Post 13, the Cumberland Outdoor Club, Old Farts/Friends of Ridgeley High School Club, and the Ridgely Lions Club. He was a past President of the Allegany County Teacher's Union, past member of the All Weather Sportsmen, Baber Shop Quartet, Sheperdstown Saddle Club, Past President and Lifetime member of Wiley Ford School, PTA, Past member and receptionist of 15 Year Monarch, and was a helper and played Santa for many years for the Wiley Ford Cub Scouts, Pack 76.
Friends will be received at the Adams Family Funeral Home, P.A., 404 Decatur St., Cumberland, (www.AdamsFamilyFuneralHome.com) on Wednesday Feb. 26, 2020, from 4 to 7 p.m.
A memorial service held at Living Word Lutheran Church, 800 Hilltop Drive, Cumberland, on Feb. 27, 2020, at 11 a.m. with Pastor Mark Dill officiating. A luncheon to follow in the social hall.
Interment will be at the Fort Ashby cemetery at a later time.
Military honors will be accorded at the church by the Post 13 Veterans Honor Guard.
In lieu of flowers, donations can be made to Living Word Lutheran Church, 800 Hilltop Drive, Cumberland, MD 21502.
Published on February 25, 2020
To plant a tree in memory of Nile E. Chaney, please visit Tribute Store.

Plant a tree in memory
of Nile

A place to share condolences and memories.
The guestbook expires on May 25, 2020.

We shared a long good loving life with our 3 kids, Scott,Cindy & Steve! They blessed us with 8 beauties than our great grandson came into our lives. We had so many wonderful family times together enjoying & loving each other & I know someday we'll all be together again. Rest in peace Hon, run with the animals & walk with God. I'll join you one day.💔 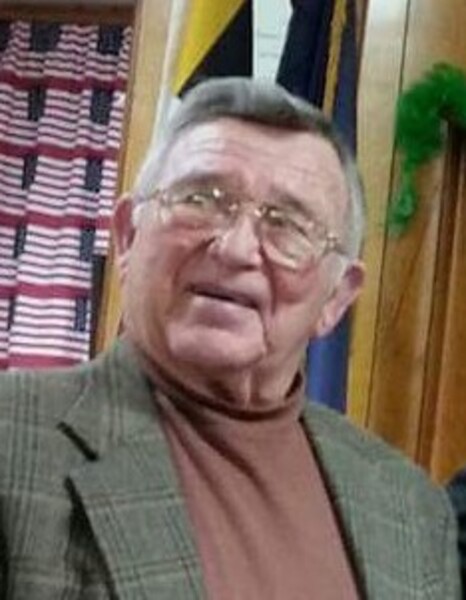