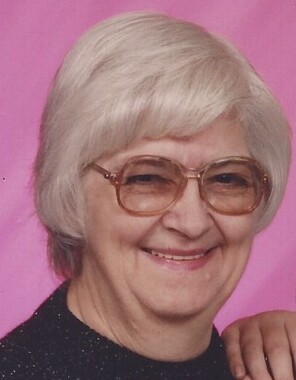 Back to Patricia's story

CARPENDALE, W.Va. - Patricia Joan (Davis) Summers passed away peacefully, surrounded by family on Saturday, Jan. 11, 2020.
Born Oct. 20, 1934, she was the daughter of the late Howard L. Davis and Neva (Cunningham) Davis. She was the last surviving member of her immediate family. Preceding her in death were her sister, Billie J. (Davis) Fisher; and brothers, Howard L. Davis, Ronald E. Davis, Alvin E. Davis, Jesse F. Davis, Jackson E. Davis, and Charles R. Davis.
Patricia is survived by her husband, James Earl Summers; daughter, Judith Ann (Summers) Edgerton and husband, Robby; sons, Jeffrey A. Summers, Andrew J. Summers, and John D. Summers; granddaughter, Jessica R. Summers Edgerton Yarber and husband, Jason; great-grandchildren, Jaycie Anne, Jameson Lee, and Joy Omelia Yarber; and many loved and cherished nieces, nephews, and extended family.
She was born and raised in Clarksburg, and graduated in 1954 from Washington Irving High School. Pat was content in being a homemaker. In her later years, she began bowling. With the aid of the Perfect Secretary, Pat became one of the premier bowling secretaries of many leagues. She was gifted with the knowledge of many crafts and ceramics. She also never met a flower or plant that she did not like!
Friends will be received at the Upchurch Funeral Home, P.A., 202 Greene Street, Cumberland, on Thursday from 5 to 7 p.m.
The funeral service will follow at 7 p.m. with Pastor Brent Wiles officiating.
A graveside service will be held on Friday at 11 a.m. at Sunset Memorial Park.
Published on January 13, 2020
To send flowers to the family of Patricia Joan Summers, please visit Tribute Store.

Send flowers
in memory of Patricia