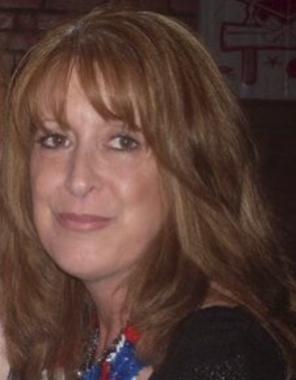 Back to Paula's story

Paula Marie McKenzie of Winchester, formerly of Wellersburg, Pa, passed away peacefully at her home on June 4, 2019, after a lengthy struggle with rheumatoid arthritis.
Born May 27, 1958 in Frostburg Miner's Hospital as twin #1; she was the daughter of the late Harry (Corky) and Esther (Lechliter) McKenzie, who tragically passed away two days after Paula. She was also preceded in death by her niece, Summer McKenzie; grandson, Cameron McKenzie; and granddaughter, Camberlynn McKenzie.
Survived by brother Troy McKenzie and wife Connie, Wellersburg, Pa; sister Sharon Shaffer and husband Rod, Hyndman, Pa.; twin sister Pauline McKenzie-Hill and husband Rick, Pinellas Park, Fla.; and sister, Tammy (Withers) McKenzie, Hyndman, Pa; three children, Dillon Hosier, Los Angeles, Calif.; Chase McKenzie and Dustin McKenzie, both of Winchester, Va.; granddaughters Destiny Holle and Heaven McKenzie.
Paula was a hairstylist for ten years who, early in her training, practiced on her sisters - not always with the intended result. She worked for 28 years at Berryville Graphics as a prototype book maker and later as administrative assistant.
Paula was gregarious, fun-loving, humble, compassionate, generous and kind. In true McKenzie fashion, she was a great storyteller, loved to fish, considered everyone a friend and never a stranger. She and her twin sister Pauline shared a special and uncommon bond that can only be experienced by twins. She was artistic and creative, once winning a vacation to Hollywood, Calif. as the prize for designing the anniversary flag for Berryville Graphics. But most of all, Paula loved children, all children; within hours of meeting her, most were calling her Aunt Paula.
A remembrance ceremony will be held at Jim Barnett Park, Rotary Field, Winchester, Va. beginning at 2 p.m. on Thursday, June 13, 2019.
A combined service will then be held for Paula and her mother at Harvey H. Zeigler Funeral Home, Inc., 169 Clarence St. Hyndman, Pa.
Friends will be received on Friday June 14, 2019 from 6 to 9 pm and Saturday, June 15, 2019 at 10 am. The funeral service will begin at 11 am, with Pastor Ken Haines officiating.
We would like to send a heartfelt thank you to her very special friends Phoebe Reeve, Morgan Carroll and Shelby Wean, as well as Blue Ridge Hospice in Winchester.
A GoFundMe page has been set up to help with funeral expenses.
Published on June 11, 2019
To plant a tree in memory of Paula Marie McKenzie, please visit Tribute Store.

Plant a tree in memory
of Paula

A place to share condolences and memories.
The guestbook expires on September 09, 2019.

Restore the guestbook to view the 15 more posts by family and friends, and share a memory or message of condolence of your own.