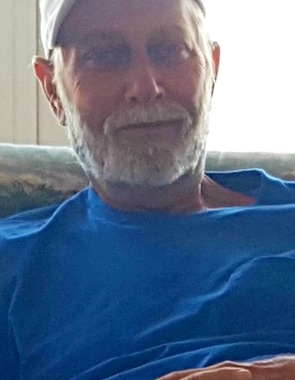 KEYSER, W.Va. - Richard Wayne "Dick" Hamilton, 67 of Knobley Road, Keyser, passed away on Jan. 22, 2020. He was a loving husband, a great father and a proud grandfather.
Born June 14, 1952, he was the son on the late Albert and Lillian (Riggleman) Hamilton.
Dick was a graduate of Bruce High School class of 1970. He retired from Mettiki Coal after 35 years of service. He enjoyed the simple things in life and was a down to earth man. He worked hard throughout his life to provide for his family. He was an avid sports fan who enjoyed watching any sport on television. In his younger years, he spent his free time camping and fishing. Later in life, his grandsons were the greatest gift that life had given him. He would spend time with them doing anything they wanted to do! Practicing ball, taking rides on the tractor, and driving the four-wheeler, were just some of the things they enjoyed together. Some of his greatest memories were the family vacations to Oak Island, N.C.
He is survived by his wife of 45 years, Kathy (Preston) Hamilton; his two daughters, Shelby Hamilton and partner, Jay Powell of Keyser, and Brandi Bennett and husband, Jason of Keyser; and his grandchildren who were the light of his life, Konner, Deklen and Brogen Bennett.
Family and friends will be received at the Boal Funeral Home, Westernport on Wednesday, Jan. 29 from 11 a.m. to 1 p.m.
A service will follow the visitation at 1 p.m.
Interment will be in Potomac Memorial Gardens, Keyser.
Words of comfort may be expressed to the family at boalfh.com
Published on January 24, 2020
To send flowers to the family of Richard Wayne Hamilton, please visit Tribute Store.

Send flowers
in memory of Richard

A place to share condolences and memories.
The guestbook expires on April 23, 2020.