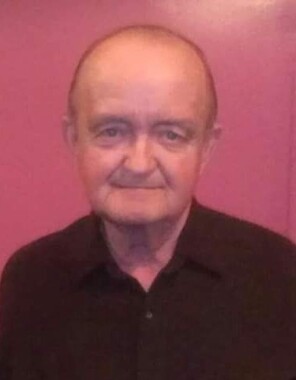 CUMBERLAND - Richard Adrian Holt, 77, of Cumberland, passed away Tuesday, Jan. 21, 2020, at the Western Maryland Regional Medical Center.
Born Oct. 15, 1942, in Cumberland, Mr. Holt was the son of the late Adrian Holt and Elizabeth (Martz) Holt. He was also preceded in death by a sister, Hilda Gellner; and his brothers-in-law, Phil Gellner, Ben Putnam, Donald Gray, and Richard Greer.
A United States Army Veteran, Richard was a former employee of Westvaco and retired from the Kelly-Springfield Rubber and Tire Company. He was a member of Saint Ambrose Catholic Church. Richard was owner and property manager of rental apartments in the area. He enjoyed fishing, hunting, and was a terrific handyman/plumber.
Richard is survived by his wife of 52 years, Naomi Ruth (Greer) Holt; and his children, Janet Jones and husband, Chris, John Holt and wife, Renae, and Darlene Cosner and husband, Tim. He also leaves behind his grandchildren, Casey Jones and friend, Frankie Yu, Bethany Jones and fiancé, Connor O'Rourke, Autumn Holt, Shelby Holt, Carl Garrett Cosner, Darren Cosner, and Tucker Cosner; his uncle, Ronnie Holt; his sisters-in-law, Dorothy Putnam and Carol Gray; his nephews, Michael Gellner and wife, Sandy, Jeff Gellner and wife, Karen; as well as many other family and friends.
Friends will be received at the Adams Family Funeral Home, P.A., 404 Decatur St., Cumberland, (www.AdamsFamilyFuneralHome.com) on Sunday, Jan. 26, 2020, from 2 to 5 p.m.
A funeral service will be conducted at the funeral home on Monday, Jan. 27, 2020, at 11 a.m. with Father James Watson, O.F.M. Cap., officiating.
Interment will be in Restlawn Memorial Gardens.
Military honors will be accorded at the cemetery by the Post 13 Veterans Honor Guard.
Published on January 23, 2020
To plant a tree in memory of Richard Adrian Holt, please visit Tribute Store.

Plant a tree in memory
of Richard

A place to share condolences and memories.
The guestbook expires on April 22, 2020.