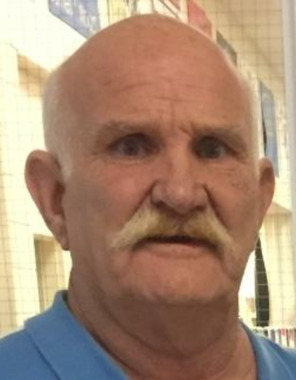 WILEY FORD, W.Va. - Richard Alden "Rick" Staples II, 65, of Wiley Ford, passed away Tuesday, Feb. 11, 2020, at UPMC Western Maryland Hospital.
Born Aug. 14, 1954, in Cumberland, he was the son of the late Richard Alden Staples I, and Helen (Bishop) Haines. In addition to his parents, he was preceded in death by brother, Virgil Staples; brother-in-law, Michael Barb; nephew, James Staples; grandson, Phoenix; daughter, Annie.
Rick was a 1973 graduate of Fort Hill High School. After graduation, he served his country in the United States Army. He loved hunting with his brother, Dave, nephew, Davey, and buddy, Ronnie Bosley. Rick also enjoyed camping and spending time with his family, especially his grandchildren, and the light of his life, "Pudger."
Surviving are his wife, Terry Snyder; father and mother-in-law, Charles and Janice Snyder; children, Richard Staples III and fiancée, Candi, Michael Snyder and fiancée, Chelsea, Susan Lease and husband, Eric, Jessica Heare and husband, Ian, and Samantha Zacot and husband, Luke; grandchildren, Dellaina, Ryan, Anastasia, Austin, Shyann, Ryan, Hayden, Elijah, and Karson; siblings, David Staples and wife, Cathy, Gerald Staples and wife, Donna, and Karen Herrell and husband, Kevin; sister-in-law, Kellie Barb; stepmother, Carol Staples; half-sister, Vicki Martinez; many loving nieces and nephews.
The family would like to thank Karen and Kevin Herrell and everyone else who made the Big Brother Cancer Benefit Run such a success. They would also like to extend their gratitude to Dave and Cathy Staples for their support over the last year.
In accordance with Rick's wishes, his body will be cremated.
The family invites those who would like to honor his memory to Mezzos on Friday, Feb. 14, 2020, at 5 p.m. for a small gathering of family and friends.
In lieu of flowers, the family asks that donations be made to Scarpelli Funeral Home, P.A., 108 Virginia Avenue, Cumberland, MD 21502, to help offset funeral costs.
Condolences may be left at www.ScarpelliFH.com.
Published on February 12, 2020
To send flowers to the family of Richard Alden "Rick" Staples, II, please visit Tribute Store.

Send flowers
in memory of Richard

A place to share condolences and memories.
The guestbook expires on May 12, 2020.