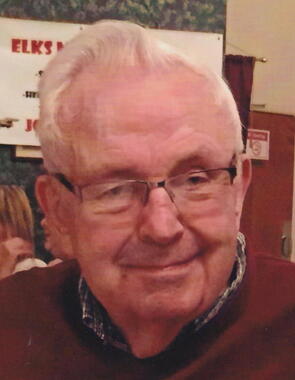 Back to Robert Daniel's story

Robert Daniel "Bob" Cunningham Sr., 89, of Hanover, Pa., passed away Thursday, Dec. 5, 2019, at Hanover Hall, surrounded by family.
He was the husband, for 65 years, of R. Leona (Kennedy) Cunningham who passed away Sept. 30, 2016.
Born Dec. 12, 1929, in Cumberland, he was the son of the late William A. and Elizabeth E. (Jay) Cunningham. In addition to his parents and wife, he was preceded in death by his siblings, Orville Swartley, Arlene Crawford, Howard Cunningham, Virginia Keller George Cunningham and Richard Cunningham.
Bob was a graduate of Fort Hill High School, Cumberland, Class of 1947. He attended Frostburg State University. He then served his country proudly in the U.S. Marine Corp. He enjoyed sports and playing fantasy football. He formed a bowling league at St. John's Lutheran Church in Cumberland, which lasted and celebrated its 50-year anniversary.
Bob was a member of First United Methodist Church, Hanover, where he was very active. He organized picnics and bus trips and created the "Young at Heart" group which had monthly activities for years. Above all, Bob was a loving husband, father and grandfather and always had a smile on his face. He befriended everyone and never met a stranger.
He is survived by four children, R. Daniel Cunningham Jr. and wife, Cynthia, of Frederick, Carolyn Harlacher and husband, Scott, of Abbottstown, Pa., Cathy Zittle and husband, James, of Frederick, and Susan Cardosa and husband, Kevin, of Abbottstown; five grandchildren, Shannon Thompson and husband, Matthew, of Frederick, Bobby Dell and wife, Jessica, of Manchester, Philip Cunningham and wife, Marlene, of Sykesville, Kristin Leese and husband, Robie, of Spring Grove, Pa., and Alex Cardosa, of Abbottstown; seven great-grandchildren; and several loving nieces and nephews.
A service to celebrate the life of Bob Cunningham will be held at the Wetzel Funeral Home and Crematory, 549 Carlisle St., Hanover, on Tuesday, Dec. 10, 2019, at 11 a.m. with Pastor Josh Rhone officiating.
A time to share memories with the family and an opportunity to view will be on Tuesday from 9 a.m. until the time of the service at the funeral home.
Burial will be in Marburg Memorial Gardens, Hanover, where full military honors will be provided by the Hanover Allied Veterans Honor Guard.
Flowers may be delivered to the funeral home or for those desiring, contributions in memory of Bob may be made to the Marine Toys for Tots Foundation, Gift Processing Administrator, 18251 Quantico Gateway Drive, Triangle, VA 22172.
To share memories of Bob Cunningham, please visit www.wetzelfuneralhome.com.
Published on December 7, 2019
To plant a tree in memory of Robert Daniel Cunningham, please visit Tribute Store.

Plant a tree in memory
of Robert Daniel