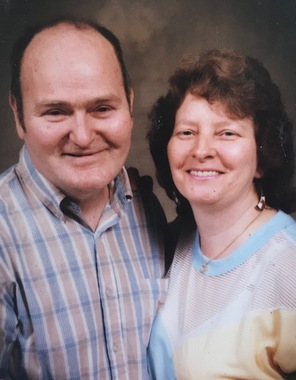 LONACONING - Robert Lee Wilson, 82, of Douglas Avenue, Lonaconing, died Tuesday, Oct. 8, 2019, at Western Maryland Regional Medical Center, Cumberland.
Born on Jan. 23, 1937, in Midland, he was the son of the late Roy William Wilson and Rena (Houserodt) Wilson.
He was preceded in death by a grandson, Kenneth Matthews Sr.
Robert was a veteran of the U.S. Army, retiring from the Army Reserves after 27 years of service. He retired from Coddington Lumber after 34 years of service. He was a life member of the Lonaconing Republican Club. He loved sitting on his porch and feeding the birds. He was a sweet man, and he knew everyone.
He is survived by his wife, Ruth Wilson; son, Robert Matthews Sr.; three grandchildren, Farrah Wilson, Robert Matthews Jr. and Sarah Richardson; numerous great-grandchildren and great-great-grandchildren; two sisters, Joyce Kimberly and Sandy House; and several nieces and nephews.
Family and friends will be received at Wilhelm-Eakin Funeral Home, P.A., Lonaconing, on Saturday, Oct. 12, 2019, from 2 to 4 p.m.
Funeral services will immediately follow at 4 p.m. with Pastor Shawn Shumaker officiating. Military Rites will be accorded.
In lieu of flowers, expressions of sympathy may take the form of contributions to assist with funeral expenses c/o Wilhelm-Eakin Funeral Home, P.A., 8 East Main St., Lonaconing, MD 21539.
Published on October 9, 2019
To plant a tree in memory of Robert Lee Wilson, please visit Tribute Store.

A place to share condolences and memories.
The guestbook expires on January 07, 2020.