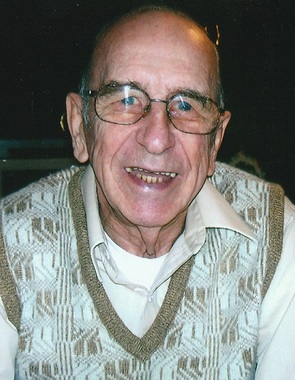 Robert William Wright Sr., 90, of Frostburg, passed away on Wednesday, Dec. 4, 2019, at the Lebanon VA Hospital.
Born May 9, 1929, in Frostburg, he was the son of the late James William Wright and Agnes (Brode) Wright. He is preceded in death by two wives, Doris Ann (Kerr) Wright and Marcella Wright; two sisters, Evelyn Wright and Agnes Smearman.
Robert served his country in the U.S. Army from 1951 to 1953 and he had worked for the Coco Cola Company. He was a fan of Nascar and the Baltimore Orioles and he loved to watch western movies.
He is survived by a son, Robert Wright Jr. and wife, Debra, of Red Lion, Pa.; daughters, Dawn Jackson and husband, Donnie, of Frostburg, Debbie Yutzy and husband, Tim, of Frostburg, Doris Hummel and husband, George, of Berlin, Pa.; stepson, Jack Harper and wife, Ethel; and stepdaughter, Carol E. Wright and husband, Jerry; 14 grandchildren; and many great-grandchildren and great-great-grandchildren.
Friends will be received at Sowers Funeral Home on Saturday, Dec. 7 from 7 to 9 p.m.
Funeral services will be conducted at the funeral home on Sunday, Dec. 8 at 2 p.m. with the Rev. David Sandvick officiating.
In lieu of flowers, donations may be made to the American Lung Association. www.lung.org
Interment will be in Frostburg Memorial Park.
American Legion Farrady Post 24 will accord military honors.
Online condolences may be sent to www.sowersfh.com.
Published on December 5, 2019
To plant a tree in memory of Robert William Wright, Sr., please visit Tribute Store.

A place to share condolences and memories.
The guestbook expires on March 04, 2020.