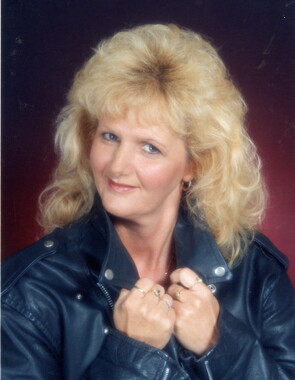 Back to Robin's story

Robin Gail Smith, 56, of Lonaconing, passed away Saturday, Jan. 18, 2020, at Western Maryland Regional Medical Center.
Born Sept. 1, 1963, she was the daughter of Viola (Miller) Whetzel and the late Richard Whetzel Sr. She is also preceded in death by her stepfather, Albert Whetzel.
Along with her mother, Viola, she is survived by her son, Robert Smith Jr. and his significant other, Shawnda Hare; her fiancé, Steve Logdson and his mother, Peggy Logdson; and her siblings, Stephanie Shambaugh and husband, Ron, Elizabeth Garde and significant other, Leonard, Richard Whetzel Jr. and wife, Diane, David Robertson, and Kayeanne Whetzel and significant other, Josh. She is also survived by her stepbrothers and sisters, Michelle Goff and husband, Larry, Andy Whetzel, Eric Whetzel and wife, Laura, Tina Bosley and husband, Shane, and Scott Whetzel. Robin is survived by numerous aunts, uncles, and a number of special nieces and nephews that were all dear to her heart.
Friends will be received at Boal Memorial Chapel, Barton, on Wednesday, Jan. 22, 2020, from 2 to 4 and 7 to 9 p.m.
Funeral services will be at the funeral home Thursday, Jan. 23, 2020, at 11 a.m.
Interment will be in Bloomington Cemetery, Bloomington.
Robin's family would especially like to thank the Lions Center, Western Maryland Regional Medical Center and her in-home caregivers for all of their compassionate care shown towards Robin. The family would also like to thank everyone in the community for their continued prayers for Robin.
In lieu of flowers, contributions may be directed to Boal Funeral Home in order to defray funeral expenses.
Words of comfort may be expressed to the family at boalfh.com.
Published on January 20, 2020
To plant a tree in memory of Robin Gail Smith, please visit Tribute Store.

Plant a tree in memory
of Robin

A place to share condolences and memories.
The guestbook expires on April 19, 2020.

Beautiful in Blue was purchased for the family of Robin Gail Smith by Tribute Store.  Send flowers

Brenda
Sending thoughts and prayers my deepest condolences so sorry for your loss..
View all