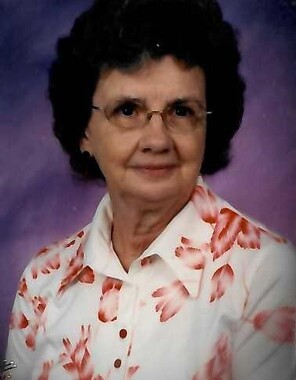 KEYSER, W.Va. - Rosalene S. "Rose" Courtney, 87, of Fountainhead Drive, Keyser, died Tuesday, Feb. 11, 2020, at the Potomac Valley Hospital in Keyser.
Born on July 27, 1932 in Piney Run, Garret County, she was a daughter of the late Howard Grafton and Theresa Pearl (Broadwater) Broadwater. She also was preceded in death by her husband, Glendon H. "Buck" Courtney on July 12, 2004; three great-grandchildren; two infant brothers, Austin and Harley; four other brothers, Kenny, Dean, Allen and Eddie Broadwater and a son-in-law, Butch Arbogast.
Mrs. Courtney was a loving wife, mother, grandmother and homemaker. Her family was the most important thing in her life and she thoroughly enjoyed caring for them.
Surviving are her six children, Deborah Arbogast of Keyser, Donna Shook and husband, Stephen of Rawlings, Diana Duckworth and husband, Gerald of Keyser, Terry Courtney and wife, Linda of Short Gap, WV, Buck Courtney and wife, Catherine of Burlington, and Dennis Courtney and wife, Melinda of Short Gap; a brother, Paul Broadwater and wife, Vienna of Barton; and a sister, Ina Pearl Shillingburg of Phoenix, Ariz. Also surviving are 17 grandchildren, Butch, Apryl, Amanda, Sherri, Steve, Jr., Stacy, Jennifer, John, Jeremy, Justin, Sarina, Glendon, III "BJ", Tiffany, Jesse, Jacob, Joshua and Alyssa; 41 great-grandchildren and 16 great-great grandchildren.
Friends may call at the Smith Funeral Home, Keyser Chapel, on Saturday, Feb. 15, 2020, from 2-4 & 6-8 p.m.
A funeral service will be conducted at the Smith Funeral Home, Keyser Chapel, on Sunday, Feb. 16, 2020, at 1 p.m. with Pastor John Flick officiating.
Interment will be in the Potomac Memorial Gardens, Keyser.
Condolences and personal reflections to the family may be left after Mrs. Courtney's obituary at smithfuneralhomes.net.
Published on February 13, 2020
To send flowers to the family of Rosalene S. Courtney, please visit Tribute Store.

Send flowers
in memory of Rosalene