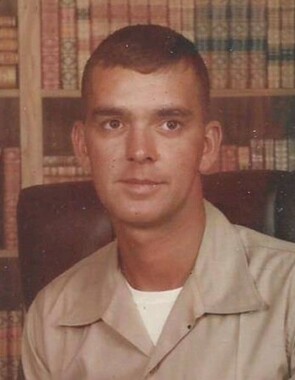 Back to Steven's story

Steven Reed Phillips, 65, of Cumberland, went to be with the Lord Thursday, Dec. 5, 2019, at Western Maryland Regional Medical Center.
Born Aug. 25, 1954, in Cumberland, he was the son of the late Raymond Phillips and Patricia (Bowman) Phillips.
He was also preceded in death by his granddaughter, Kallee Lichtl.
Mr. Phillips was a graduate of Allegany High School.
He was a veteran, having retired from the U.S. Marine Corps. He served as a Gunnery Sergeant and was a drill instructor at MCRD Parris Island.

After his military career, he had worked for Backbone Mountain Youth Center.
He was Pentecostal by faith.
Steve was the Marble Champion of Cumberland and then went on to the National Marble Tournament in New Jersey, where he came in third place. He loved sports and his Pittsburgh Steelers. He also enjoyed coaching. He loved his 12 pugs; they were his heart.
He had a heart of gold and was a very kind and generous man. He will be very missed by his family.
Survivors include his loving wife, Peggy S. Phillips; children, Marc Phillips, Amanda (Phillips) Lichtl, and Steven Phillips Jr.; grandson, Kenneth W. Lichtl; siblings, Linda Sonnenleiter and husband, John, Sondra Porter and husband, Gary, Michael Phillips and wife, Mary, and Tracey Phillips. He is also survived by his father-in-law, David Steinmetz; sister-in-law, Brenda Harding and husband, Shawn; numerous nieces and nephews; and numerous great-nieces and nephews.
Friends will be received at Upchurch Funeral Home, P.A., 202 Greene St., Cumberland, on Monday, Dec. 9, from 6 to 8 p.m.
Funeral services will be conducted at the funeral home Tuesday at 11 a.m. with Pastor Jason Smith officiating.
Interment will be in MSVC Rocky Gap, where military honors will be accorded by Fort Cumberland Post 13 Veterans Honor Guard.
Serving as pallbearers will be Marc Phillips, Steven Phillips Jr., Shawn Harding, Chad Steinmetz, Joe Barclay, and Matthew Gauntz.
Memorial contributions may be made to Upchurch Funeral Home, P.A., 202 Greene St., Cumberland, MD 21502.
Published on December 7, 2019
To plant a tree in memory of Steven Reed Phillips, please visit Tribute Store.

Plant a tree in memory
of Steven