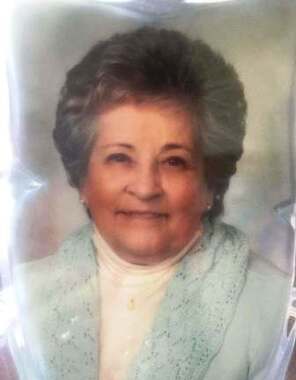 Back to Treva's story

CUMBERLAND - Treva Ilene Michael, 91, of Cumberland, passed away Tuesday, Aug. 13, 2019, at the Western Maryland Regional Medical Center.
Born Sept. 24, 1927, in Cumberland, Mrs. Michael was the daughter of the late William Lazarus Smith and Lillian (Jenkins) Smith. She was also preceded in death by her husband, Kenneth Michael; her brothers, Curtis, Warren, and William Smith; a sister, Lowdena Bass; and a son-in-law, Thomas Sentelle.
Treva was a graduate of Allegany High School, Class of 1946, and a long-time homemaker. She and her husband, Kenneth, were very active at the Baltimore Pike Volunteer Fire Department and she was a member of the Ladies Auxiliary. She enjoyed spending time with her family who was everything to her! Treva was a member of the former Pleasant Grove United Methodist Church.
Treva is survived by her son, Paul Michael and wife, Kay; her daughter, Sandy Sentelle; her brother, Ronald Smith; and her sister, Ronelda Davis. She is also survived by her grandchildren, Nicole Pifer, Jason Michael, Leann Moxley and husband, Kriss, Eddie Sentelle and wife, Jennifer, and Wendy Celle; as well as numerous great grandchildren, nieces, and nephews.
A memorial service will be held at Adams Family Funeral Home, P.A., 404 Decatur St., (www.adamsfamilyfuneralhome.com) on Friday, Aug. 16, 2019, at 1 p.m. with Pastor Denny Michael officiating. The family will receive friends one hour prior.
Interment will be in Pleasant Grove Cemetery at a later date.
In lieu of flowers, the family requests that memorial contributions be made in her name to the Baltimore Pike Volunteer Fire Department, 15010 Baltimore Pike, NE, Cumberland, MD 21502.
Published on August 13, 2019
To plant a tree in memory of Treva Ilene Michael, please visit Tribute Store.

Plant a tree in memory
of Treva

A place to share condolences and memories.
The guestbook expires on November 11, 2019.

Restore the guestbook to view the 1 more posts by family and friends, and share a memory or message of condolence of your own.